Knottfield: Marshall is 'evil' and hasn't shown a 'shred of remorse' 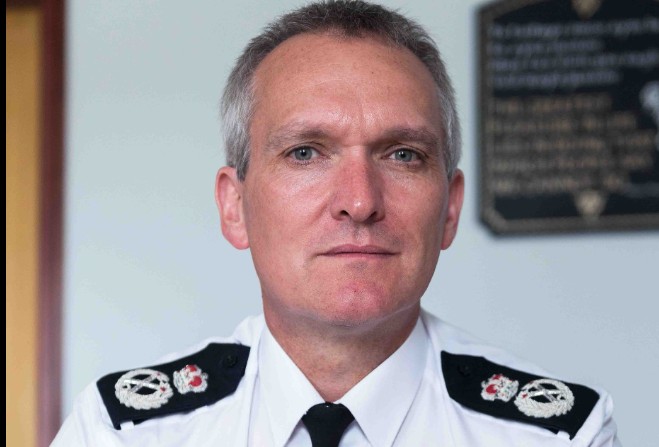 The chief constable of the Isle of Man Constabulary has described a former children’s home boss as ‘evil’ saying he has never showed remorse for his crimes.

At Douglas Courthouse today 85-year-old Joseph Henry Marshall was jailed for six years for offences he committed between 1974 and 1982.

Marshall was the senior house parent at the children’s home on Woodbourne Road in Douglas between 1973 and 1983.

He’d denied three counts of indecent assault, and two of gross indecency, but was found guilty at trial in December last year.

The offences were committed against two boys who were under the age of 16 at the time.

Marshall’s abuse was described in court as ‘persistent, organised and perverse’ – something carried out whilst he was in a position of ‘absolute trust’.

Sentencing him Deemster Bernard Richmond QC told him: “Your behaviour demonstrated that you had total confidence to act as you wished, when you wished, without interruption.”

It’s the second time Marshall has been sent to prison for committing sexual acts against children in his care at Knottfield.

In 1992 he was sentenced to three years in prison after admitting 13 offences relating to three victims.

The Island’s Chief Constable Gary Roberts was the investigating officer who helped bring Marshall to justice on that occasion.

And he’s told Manx Radio that, especially, in light of the new convictions that view holds:

Inspector Neil Craig, one of the senior investigating officers involved in the enquiry, said:

“Mr Marshall both used, and abused, his position of trust as the housemaster within the Knottfield care home over many years in order to be able to commit these offences.

“His behaviour was deplorable and showed a complete and utter disregard for the victims whom he has been convicted of having offended against.

“He likely believed that the passage of time would allow his offending to remain undetected, however as a result of this investigation he is now having to face the consequences of his actions.”

Police say they remain committed to treating reports of all sexual offences seriously and with the utmost professionalism, thoroughness and with the aim of bringing any perpetrators of such crimes to justice.