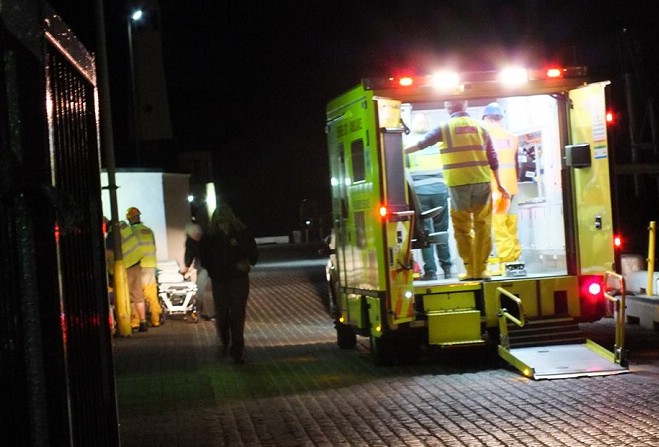 Peel lifeboat was involved in a dramatic rescue overnight, alongside Royal Navy vessels, three helicopters and a fishing boat.

A 20-metre converted trawler had started taking on water through the stern tube and was in danger of sinking, while 11 miles west of Peel.

It was en route from Glasgow to Conwy at the time.

The lifeboat was called out at 1.30am.

The Northern Irish fishing boat Stephanie M sheltered the trawler until Peel lifeboat and its volunteer crew were able to put a pump on board to get rid of the water.

The trawler, which had three adults and one child on board, was stabilised, and the helicopters and other vessels were stood down.

The trawler was then escorted by the lifeboat, bound for Peel.

During the journey the young lady and child were taken ill.

The pair were taken in by the lifeboat and met by a waiting ambulance, where they were treated and then taken to Noble's hospital.

The lifeboat returned to the vessel, and continued to escort it into Peel harbour at about 5am.

Coxswain Paul Cain says this incident acts as a reminder people must take responsibility for the condition of their vessels before leaving port.