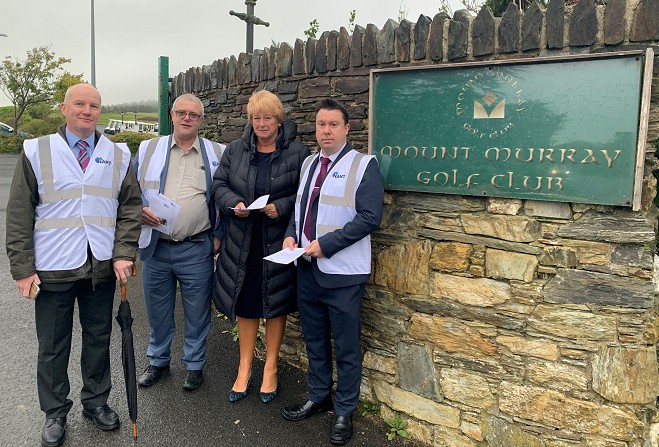 Senior education leaders from the Isle of Man's primary schools have taken to the picket line today, as their industrial action continues.

Members of the NAHT union were at the gates of the Mount Murray Golf Club, where the meeting head teachers, education advisers and heads of services have each term was taking place.

According to the union, 'almost all' of the 32 primary school heads on the Island stayed away from the meeting.

Its members are in dispute with the Department of Education, Sport and Culture over terms and conditions, and pay.

The industrial action the NAHT is taking for now is designed to not have an impact on teaching in schools, hence the non-attendance of meetings such as this.

In a statement released this lunchtime, Isle of Man NAHT Branch Secretary Carol Walsh said: "The lack of attendance at today’s meeting from NAHT members shows the strength of feeling of school leaders. We were hopeful following our meeting last Thursday with the CEO of DESC, Professor Ronald Barr, and acting Minister, Lawrie Hooper MHK, that we could meet, and a way forward could have been found.”

NAHT National Secretary Rob Kelsall is also quoted on the statement: “NAHT remains committed to holding talks with the department to resolve this dispute at the earliest opportunity. Today’s action shows that school leaders are united and committed to taking this action in order to obtain the pay and terms and conditions they deserve.”