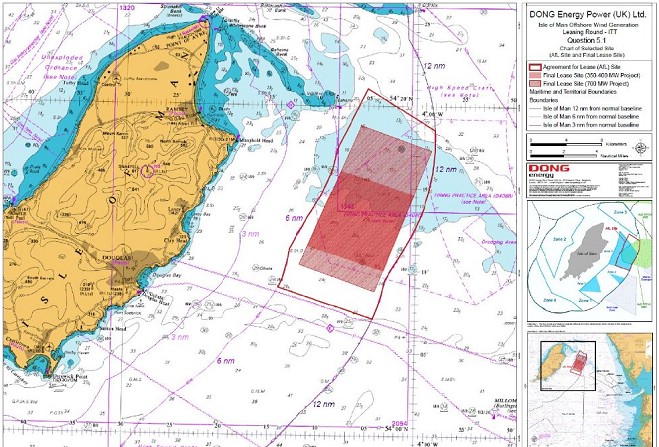 A major developer of offshore wind farms says it hopes to 'find a way to co-exist' with a local firm, which has been granted a licence to explore for gas in the same area.

Danish energy firm Ørsted said it is continuing with the survey work for their Isle of Man offshore wind development project.

This follows the announcement of Crogga as the company which will search for hydrocarbons off the Island's north east coast.

A spokesperson for Ørsted explained overlap in this field is common and the company will look to work with the local firm to 'understand one another’s plans.'

The company confirmed construction of a wind farm in Manx waters will take place after 2020, subject to gaining the necessary consents.

In 2015 an Agreement for Lease was signed between Ørsted, then known as DONG Energy, and the Manx Government, which allowed the group to explore the potential generation of wind energy, 12 miles off the coast of Maughold.

The Danish firm completed construction of the Walney Extension last month, having added 87 turbines to the current wind farm off the Cumbrian coast, making it the largest of its kind in the world.