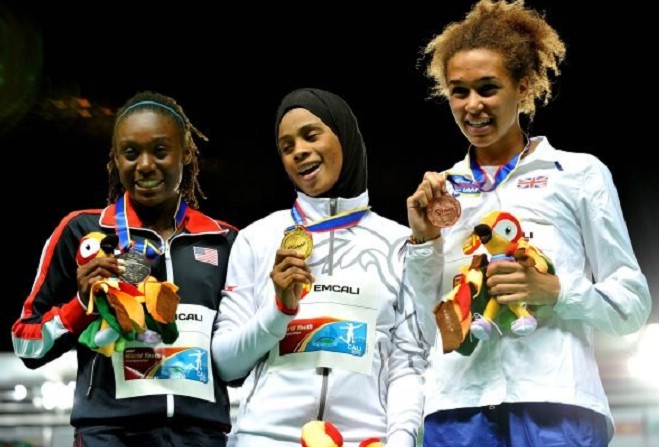 A top young Manx athlete is asking for help from the public as she tries to get her injury-hit career back on track.

It's been three years since Catherine Reid came to prominence, winning bronze in the 400 metres at the IAAF World Youth Championships after she had dominated her events at the Island Games in Jersey that year.

Towards the end of that season was when her problems started, though, as she began to experience pain and discomfort in one one of her knees whilst getting ready to go to the Commonwealth Youth Games in Samoa.

Reid ended up leaving her athletics scholarship at a US college at the end of last year and returned to the Isle of Man as she was 'unable to take any more heartbreak' after a frustrating couple of seasons there.

She would go through physio and rehabilitation, only for the knee to flare up again when she stepped up her training.

Reid has finally managed to get a diagnosis: her left kneecap is abnormally high and is not aligned properly .

She has set up a GoFundMe page to try and raise £8,500 so she can have surgery and cover the cost of seeing the specialists in London.

Around £1,500 of that target has been raised in the first 13 hours of the appeal.

Her GoFundMe page can be found here