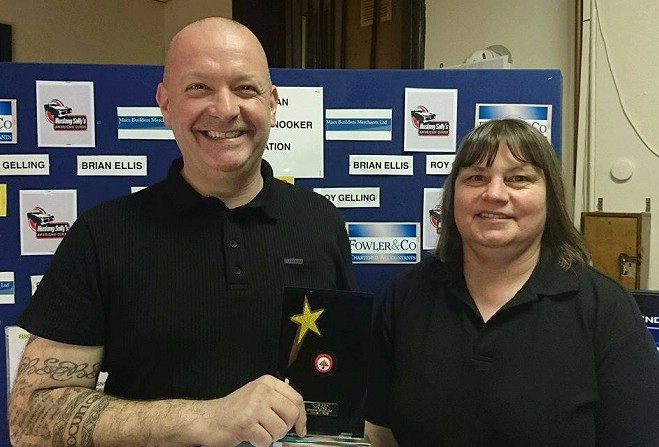 First woman to do so in association's history

The Manx snooker season ends this weekend, with the final of the Island Championships on Sunday night (29) at Finch Hill in Douglas.

And for the first time in the history of Manx snooker, the match will be refereed by a woman.

Jane Hill, who is also the treasurer and secretary for the IoM Billiards and Snooker Association, takes charge of the match between reigning champion John Kennish and Darryl Hill.

The semi-finals were held last night (Thurs 26) at St Olaves Club in Ramsey.

On the other table, Kennish defeated Tom Miller in a much closer affair - he took a 2-1 lead after a black ball game in frame one and a break of 54 in frame three, then looked set to lead 3-1 after a break of 41, only for Miller to level the match once more on the final black.

Kennish won the fifth frame convincingly, and then stole the winning frame in dramatic fashion as Miller led by 40 points with just 43 remaining on the table, only to see Kennish clear the table in one visit to win 4-2.

This will be John Kennish's fourth consecutive appearance in the final of the Island Championship.

Miller still has this year's high break though, with his 110 in the group stages remaining the best in the event so far.

The finalists will clash from 7pm on Sunday night, over a best-of-nine match, which will be followed by the end of season presentation for all of this year's events.