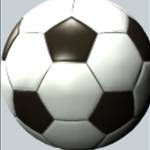 The top flight sides all beat Division Two teams in the four FA Cup ties to be played on Saturday.

St Mary’s and Laxey both reached the semi-finals of the Paddy Power competition with ease.

Stephen Priestnal was again the main man for the Saints as he hit four against his former club Pulrose in a 9-1 romp at the Bowl.

Laxey overcame a stubborn Douglas and District at Glen Road.

The Miners were restricted to one goal in the first half before running out 5-0 winners, courtesy of Mark Wolfenden (two, one a penalty), Johnny Callow, Ashley Webster (penalty) and an own goal.

In the first round, holders St George’s progressed to a last eight tie at Castletown after a 6-1 victory against spirited Foxdale.

In a tie moved to Glencrutchery Road, doubles from Frank Jones and Johnny Myers, plus one apiece from Reece Thompson and James McStay, sealed an ultimately comfortable victory.

Craig Gelling had scored the underdogs’ goal in the first half.

In the other first round tie, Premier League Ramsey had too much for promotion chasing Colby.

After a goalless first half, Chris Halsall and Michael Fernandez ensured the hosts progressed.

Douglas Royal were pushed hard by lowly Ronaldsway before emerging with all three points in JCK Division Two on Saturday.

A goal in each half sealed a 2-1 home victory.

Jordan Edge scored for the Rockets.