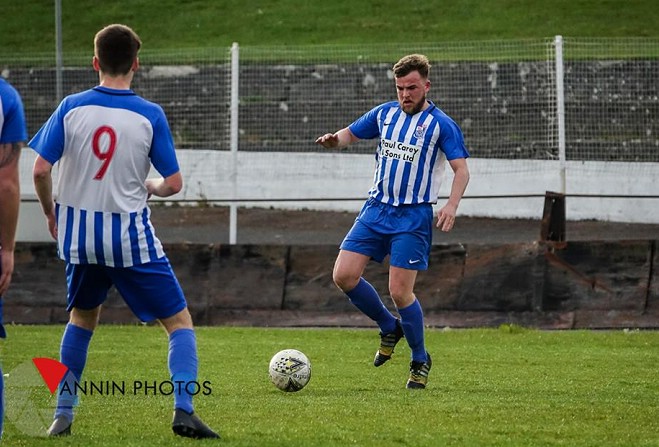 Northern derby to bring curtain down on second tier season

Violent scenes marred the end of RYCOB's victory over Pulrose, as they reached the Paul Henry Gold Cup final.

Daniel Sherry scored a hat-trick as Youthie prevailed 3-1 to book their spot in the final and bounce back from the disappointment of missing out on promotion to the Canada Life Premier League.

A Joe Canipa strike had given the hosts a lifeline just after the hour mark to halve the deficit, but Sherry ensured he took home the match ball as he netted his third in the closing stages.

But right at the end, an altercation between two players escalated, before a number of supporters entered the pitch and became involved in a mass brawl.

Video footage appears to show punches being thrown and a man being kicked after falling to the ground.

The referee called an end to proceedings soon after with RYCOB progressing to the final to face northern rivals Ramsey.

It's after the Ballacloan outfit came from behind to beat Foxdale 3-1.